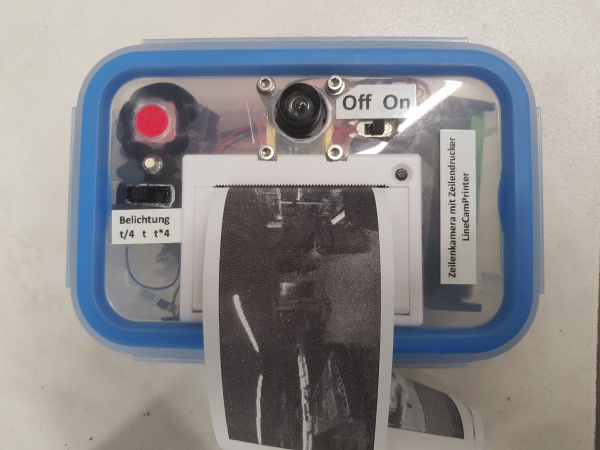 LineCamPrinter is an instant picture camera like a Polaroid, however this particular thing is special as it captures and immediate print the scene line-by-line. The main components are a 128x1 CCD line array for capturing on line of the scene per time and a thermal receipt printer to instant printing of the captured line. A powerfull Arduino-compatible microcontroller (Teensy 3.2 from pjrc.com) controls the capturing and read out of the CCD line and as long as the shutter-button is pressed it prints the automaic-gain-controlled and dithered data from the CCD line to the thermal printer.

You have to either move or tilt the camera or record moving objects like cars driving by to get a two-dimensional picture. It works more like a scanner than a photo-camera but is more fun and give more freedom, as panoramic captures, captures of moving objects and twisted pictures are just a matter of manual movement of the LineCamPrinter.

As long as the camera is running, the line sensor is read-out all the time. This is done line-by-line in the following steps: 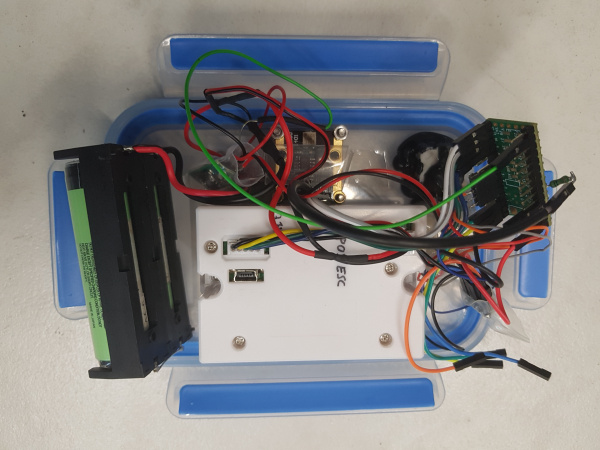 As long as the trigger button is pressed, every line gets further dithered using Floyd-Steinberg and send to the printer immediately. Because there is a long TX FIFO, the printing can continue even quite a while after capturing. However, as everything is done via interrupt, the capturing of new lines is still done with good timing.